Home » Philosophy » Avatar idealism: Can it provide a way out of this crisis? 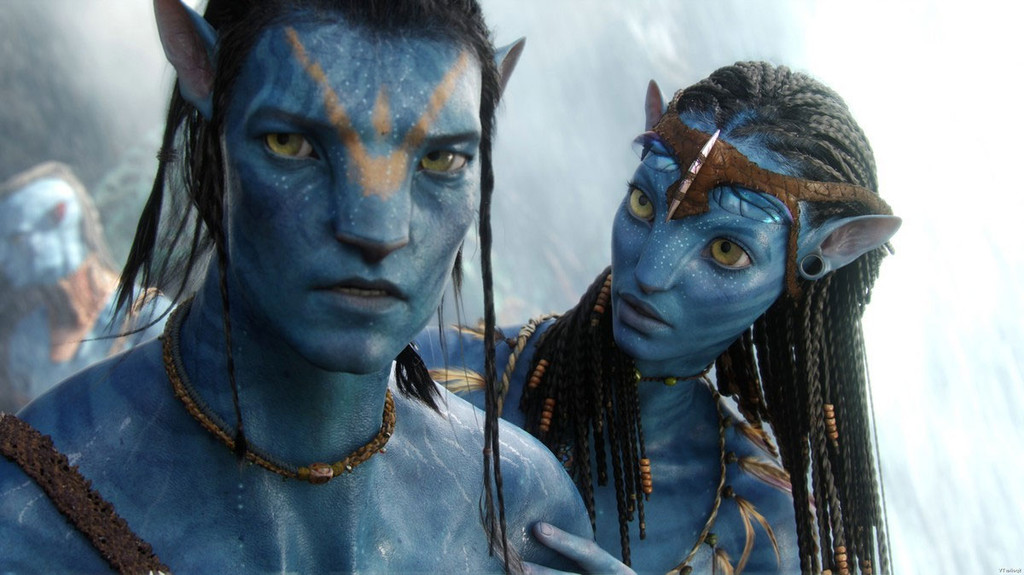 “She’s always going on about the flow of energy, the spirits of animals. I really hope this treehugger crap isn’t on the final.”

This is Sully talking about the nature and ideals of the Na’vi. His worry is that it’s all just meaningless mumbo jumbo.

I just feel that perhaps because of this ‘treehugger crap’ they understand their place in the cosmos better than the humans do.

One thing you can say about the Avatar film by James Cameron is that everyone seems to agree on what it’s about. A clash of two world views about the nature of our relationship to the world.

We criticise ‘primitive’ cultures for their imagery, their adherence to animal spirits, animism. To their ideas of a complex world organism.

We are even prepared to scoff and dismiss the modern concepts that take this idea further, such as James Lovelock’s Gaia hypothesis. Which seeks to explain the world as a complete co-evolved organism.

But who is fooling who here?

The modern industrial/informational worker. A product of centuries of economic expansion. Or the nature loving hippies, who speak of energy, consciousness, nature in a semi religious manner?

By the time Europeans expanded into the Americas nature was regarded no longer a sacred. But a set of resources to make money from.

What we see today is the result of decades of industrialisation. Not just the industrialisation of society, but our minds too. A progression being closer to nature to seeing world as made up of of independent objects. To be studied, mastered, and exploited.

The problems we see today. Inequality, climate changes, pollution, war. The world has become a mad scramble for power. Like a game of musical chairs. Everyone frantically trying to grab a chair and not be the one who misses out.

The industrialists didn’t want any obstacles to their expansion and politicians made sure there were few.

Well they are still making that argument. Lobbying governments to keep regulation at a minimum.

It should come as no surprise to us when these massive companies are found abusing these system.

Or response is often lackluster, or non existent because of politicians. The supposed representatives of the people are also part of this paradigm. We are told economic growth is more important that the well-being of citizens or the planet.

So we see the state of things today, wondering and asking. Why did this happen? How did it happen?

Perhaps we should return to these Tree-huggers and understand them better.

Instead of looking upon them as quaint, backwards. Patting ourselves in back for being so smart, so advanced.

Perhaps we should look upon them a having a worldview that can offer us a way out of this mess. A mess where we find ourselves chasing after goals that leave us ill and unfulfilled.

Because we signed up to the industrialised worldview. We had no choice in the west, it was how we were raised. We were given values of wealth, possession, status as idols to worship.

This film poses us a question. Do we dare continue like this?

Maybe we should swallow our pride, admit our conceit and say that for all these years, all our toils and struggle. What we got back, the alienation, the destruction, wasn’t worth it.

Admit we have lost our way, and the ‘tree-huggers’ maybe do have something to teach us. This is not to say we should give up on science. But rather it’s a question of values, relationships. Towards each other and to the natural world.

Harmony is a word we could use to describe them. The same word used in the film Dances with Wolves to describe a native american tribe. A story which Avatar copies closely.

The best way to understand your own culture is to look at another’s. The more different the better. That’s what the film Avatar is about. It’s a critique of the modern way of thinking and organising society.

It’s sad that we are often so dismissive of old ideas just because they are old. Look at yoga, mediation, the ideas of ancient philosophers, they are coming more popular.

Jake Sully rejected the human values he grew up with and embraced those of the Na’vi. He reinvented himself.

In doing so he finds his place in the world, a purpose he can believe in, and a community to be a part of.

This is a lesson for us as individuals and our society. Old, primitive ideas aren’t always bad ones.

Perhaps it’s time to look at them again and seek if they have any worth. Because it’s going to get worse before it gets better.

What do you think about our society, and the ideas in the Avatar film? Comment below