Home » Culture and Society » It’s a brave new world, so now is your time 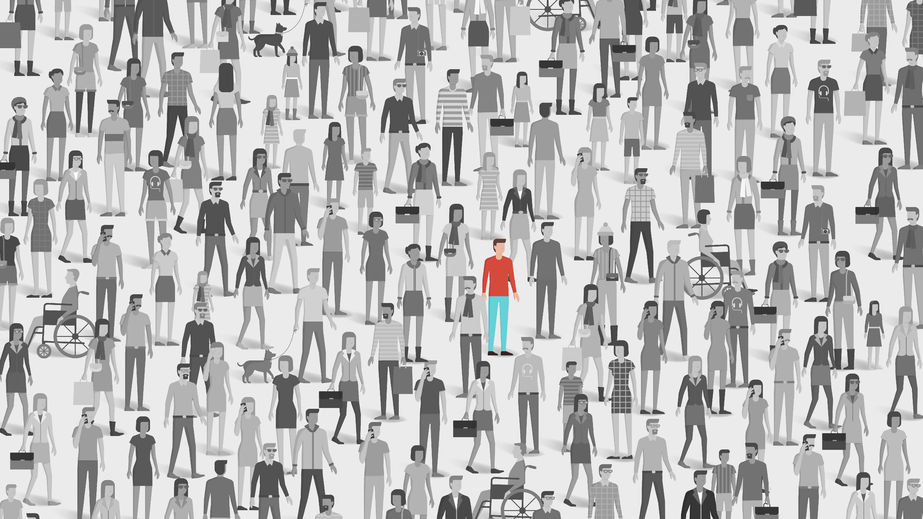 (The world is changed.)

– Galadriel, Lord of the Rings.

It doesn’t take much awareness to notice that the world has changed.

Many of us are confused, concerned about what they should do with their lives.

But I feel we have yet to fully grasp the extent of this change, how it came about and what it means for us and our lives.

Not that long ago living life was about following the rules and values that society laid out for you.

For work it was get to find a steady well paid job. Get promotions, earn more money and status.

In personal relationships it was the norm to get married, have kids. The Disney fairytale of ‘happy ever after’.

You found a job to support your family if you were a man, and the women stayed at home. Because that’s how we were told to live. We were told to consume, because possessions and status are what makes us happy.

A lot of this is the legacy of religious values. An ethical framework that defines such things as intimate connections, relationship to God, and the work you do.

But so much has changed in the past three centuries, especially the last few decades. The old ways of life, love, and work no longer seem to apply.

What has happened, how did this happen?

Twilight of the idols

Society was organised so we had a job for life, a career. In order to feed the massive need of consumption, massive production was required.

So emerged the factory worker. Even the white collar workers became blue collar. They were doing the same job again and again, repetition and rules were the order.

But those needs are still within us, so society had to keep them repressed.

With our dreams forgotten, cynicism sets in because we know we are being exploited. But we can’t see a way out.

But there was something wrong. It’s wasn’t enough. The work, once interesting became a dull routine. No passion no energy. You kept at it because you needed the money.

Our personal lives to were affected. When it came to meaning a purpose in life faith was the only choice you had. But the morality demonstrated in Christian scripture was appalling. People found they no longer sign up to it. Giving rise to atheism and secular ideas.

Other aspects of society have also been effected by massive change.

In medicine the orthodox model of treating illness isn’t working for complex chronic diseases. The old paradigm of drugs and technology has failed to stop the rise in chronic illnesses like obesity, diabetes, mental illness, and more. New ideas are coming forth that use complex interventions like lifestyle and diet to combat ill health.

In business, perhaps more than most places rapid change is happening. The economic model of fixed rigid hierarchies and working practices is collapsing. New practices like shorter working hours, creative teams are being adopted. Gone are the days when fitting in and conforming are seen as assets. Now such notions are liabilities.

The old ways no longer work.

The philosopher Friedrich Nietzsche would understand all this. He picked up on something similar towards the end of the nineteenth century.

He called it the Twilight of the Idols. (German: Götzen-Dämmerung). Which was the book he used to introduce people to his work.

Back when Nietzsche was living people were giving up or had turned their backs on Christianity. The old idols of god and the church were no longer a part of many people lives.

But he pointed out that few had noticed this change or how it had happened.

In Nietzsche’s worldview there are no objective morals, instead they’re created by people, cultures.

Values are only useful as they serve and enhance our personal lives.

In his time the old values from religion were obsolete, no longer suitable for life. But the problem was nothing had replaced them, so a state of nihilism was created. Which the ideas the life is essentially meaningless, without values.

When he famously proclaimed the ‘death of god’ he wasn’t just explaining the fall of faith, but the fall of the traditional values that held society together and guided peoples lives.

The false gods of capitalism

We are still searching for values to live by. The industrial consumer society hasn’t worked. As we have discovered to our cost. Status, wealth, possessions. We now see the vacuity of these values, and their effect on the world around us climate change, environmental, alienation and isolation.

This is the point Karl Marx was making when he criticised capitalism.

In his view of capitalism people have become alienated from their work because they don’t see themselves in the work they produce. It doesn’t fulfil a need within to have personal meaning in the work that is done, and to have an impact upon the world. The worker feels estranged from his job, and the world at large.

Commodities have become fetishes for the workers. Marx believed that the pursuit of such baubles helps conceal a truth, that one class of people is exploiting another. More than this capitalism affects how we think and behave. It influences how we organise society. So we all grow up into a system that we rarely doubt or question, and accept with an almost tragic submissiveness.

Despite these traditions of the past things are changing. More quickly than we thought, and in ways we haven’t’ noticed.

It’s in part a continuation of what started back during the Enlightenment period.

In this new world order the old values of Christian morality that were untouched are now being challenged and rejected. Examples today are the attitude towards homosexuals, abortion, and the popularity secular ideas. It’s the right wing conservatives that are now seen as out of touch with the public.

This is also alongside a rejection of the consumer society. We better understand what makes people happy. What’s important in life. We want a better relationship with each other and the planet.

This is what Nietzsche and the Existentialists are asking us to do. Break free of the stifling morals and values of the past and present to further your own life on values that are important to you.

Another influence is of course the role of science. By challenging and refuting the religious world view it altered our place in this world. No longer are we the centre of the universe. Neither are we particularly special but the descendant of apes.

How we thought the world worked, and ourselves has been turned upside down.

This ‘Reevaluation of Values’ is what’s transforming society.

What does this mean for us is?

The old authorities and values can no longer provide us with any guidance. We are confused about what to do next. The economic and moral systems of the world can’t give us what we know we want, and need.

On the other hand, without such authorities to limit our potential and make us feel stigmatised or worthless, our horizons have expanded. We seek new ideas, or perhaps old ones. People are looking for answers in other fields. Philosophy, science, psychology.

The stigma of not being ‘normal’ or mainstream is fading, slowly. Because we are rewriting the rulebook on how we can live.

Life has become more complex and more diverse. We have become more tolerant. Fringe groups are becoming more accepted. This had been the key noticeable change. A rise in diversity. Diverse lifestyles, relationships and working lives.

One thing that characterises this new world order is an unwillingness to be subjected to authorities that try to define who and what we are, or should be

All this means that you no longer have to feel ashamed of who and what you are.

Now more than ever before we have the power to choose and design our own lives.

It’s both liberating and scary.

It’s over to you.

We have a better chance of fitting in now. Of making a contribution to the world because we know and accept ourselves. Happiness and success are a lot easier in many ways because the world has changed, and will continue to do so

The struggle is to find a place in this world. Where we can go after our aspirations, make a difference, be part of a community and yet not compromise our own identity. It’s going to be a balancing act between society and ourselves. But I see potential for us all.

Don’t be a slave to your past. Don’t bow down before false authorities and fake idols which leave you feeling flawed and worthless.

This desire represents a part of us that doesn’t want power. A part that wants to be a sheep. Because it’s easier to follow others than to take up the mantle of responsibility and make something of yourself.

So stand up, stand tall. Be these person you know you are and sense the opportunity and possibility around you.

So get out there and discover the life that’s right for you.

This is a new dawn for us all. So welcome to the new world.

How do you feel about the new world order, and the old one we are leaving behind?

Do you feel optimistic as I do, or pessimistic? Are you excited by the possibilities, or troubled by them?

What’s your story when it comes to the changes wrought upon society and your life?