Home » Creativity, Work and Success » The Darkside of Creativity 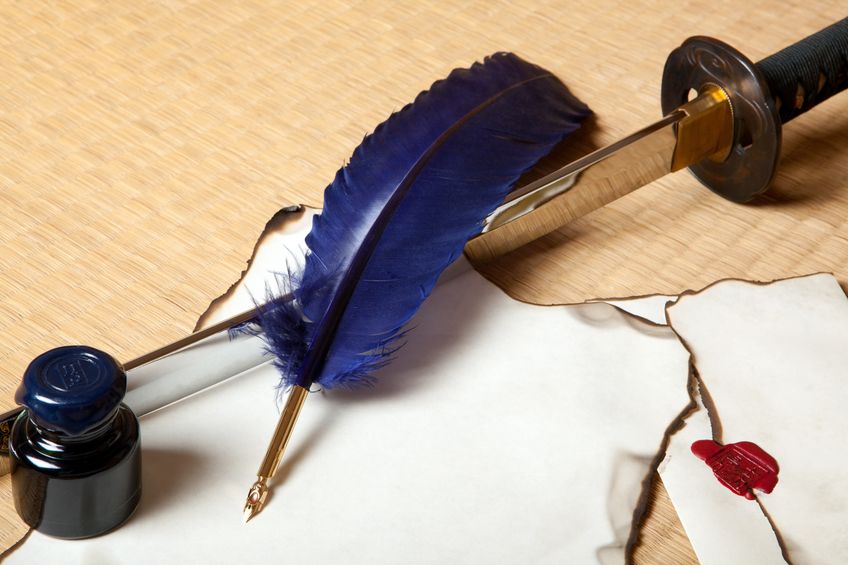 Something unpleasant and disturbing is happening. It affects us all, but we do not speak of it. It has to do with our creative endeavours.

The results of creativity are all around us, in the products we use and the art we consume.

We see the work in music, film, paintings, literature, products. We can see their work changing the world around us, and ourselves.

We look upon those with skills with a mixture of admiration and envy.

Creativity is seen then as a boon, an asset. Something we all want or wish we had more of.

But a thought occurred to me. Is creativity just about creating something new? Does it deserve its coveted status as an advantage?

As I am learning how to write and start my business, I have found there is more to it than just making stuff up and writing it down.

The process of creation includes a more sinister aspect.

I see that it is not only how art is created but also how the universe works, from biology to urban renewal, politics to business.

It is something we consider a bad thing, which is why it is not often spoken of.

It is the opposite function… Destruction.

The death of ideas

In the process of creating art, a lot of ideas are made, but so few are of any worth. There is a lot of crap out there.

To be better at creating we need to be ruthless with ourselves. Not all ideas will make it. So we edit, we cut, and chip away until what we have left, we hope, is both worthy of comment and still remains true to our idea.

There is a phrase ‘Creative battles’, that I have heard used to describe the trials artists and businessmen have to go through in order to create a product or service.

Well we have ‘creative’ there, but also ‘battle’, and what is a battle?

It is death and destruction!

It is not just the art either. Creating is a messy business, and the destruction happens not just with the art but with our lives too.

In order to create art consistently and well enough it needs to become part of our lives. Something we do everyday. However this is not easy, the distractions around us are myriad, and many. We can get so lost in the rush of life that we forget to set aside time to think, and question, dream and imagine.

After that comes the hard work, getting the idea down, and making it real.

To this end I have come to learn that we must cut out the extraneous in our lives. The habits that no longer serve us.

In order to have time to create we must first create time for it. That means removing or destroying certain habits and distractions that prevent us from focusing on what we need to do.

Things like, TV watching, web browsing, emails, texts, even so far as to saying no to a friend sometimes because you have work to do.

Remove the unnecessary in your life.

It is not just about ourselves either. With our art we challenge the status quo, create upheaval by suggesting things can be done a different way.

It is not just artists either, but politicians, businessmen, scientists and more.

Think back to some famous Destroyers.

Inventions like the internal combustion engine, wireless radio. Earth goes round the sun, the splitting of the atom. All have left destruction in their wake.

We are all agents of change and that means destroying a little of what was before in order to make room for what is new.

Ideas and those who have them are a bloody menace!

Those with ideas have often been considered a threat to ruling governments and established mode of thought, many have been vilified,  ostracised,  imprisoned,  beaten and even killed.

‘The pen is mightier than the sword’ – Edward Bulwer-Lytton

Ideas create revolutions and those in power really hate that.

Some, like Socrates were put on trial and sentenced to death for their views.

Ai Weiwei, the Chinese artist was locked up for is critical commentaries on the Chinese government, and there are still artists who have been imprisoned for their ideas.

We are all destroyers and usurpers!

Our minds unleash ideas, the Weapons of Mass Destruction.

In their wake ideas and those who propose them, have left chaos and destruction,. The cost may not be counted in lives but more livelihoods.

It has left people dumbfounded, confused, anxious and afraid.

I wonder if Tim Berner’s Lee ever imagined the scale destruction wrought on the world because of his idea that helped to create the world wide web.

We all are seeking to create, but how often do we consider the cost that comes with it? Change is not always for the best, but nor should we shy away from destruction as this is just a part of the process in creating a new and better world.

So what are you going to kill today?