Home » Loneliness and Anxiety » I’ll be there for you… What does it take to have a friend and be one? 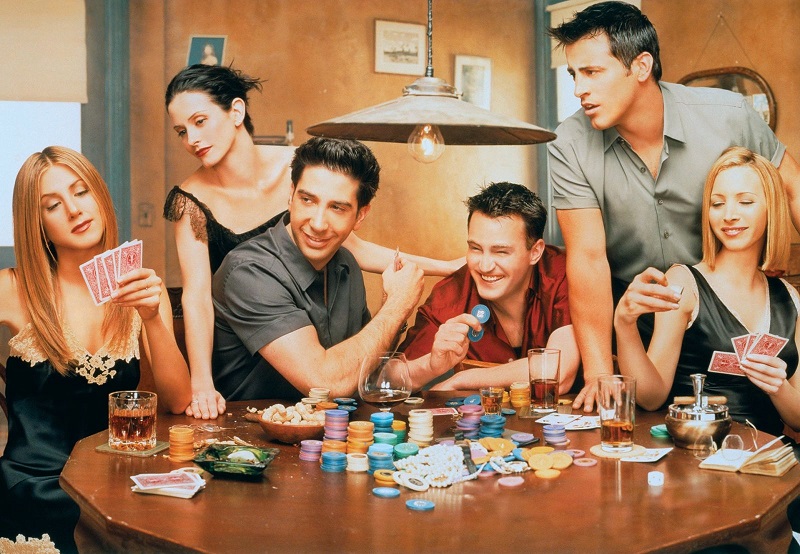 I’ll be there for you… That’s the opening for the tv series Friends.

I’ve noticed that they argue and fight, but they are there for each other when things get tough. I remember thinking back in the 90’s when I first watched Friends that this is what I want, even just a little.

It’s still what I want twenty years later. Yet in our modern society loneliness is a big problem, we all need friends, close friends that is.

So what makes a close friend? There are three ingredients sociologists consider necessary for close friendships to develop.

This is one of the necessary requirements for friendship. Proximity.

Friends are those people who help you cope, help you unwind and relax.Because knowing that they are there helps you face the world. Being a friend doesn’t mean you have to do anything or say anything. Just being there can be enough.

It can feel so difficult facing the storm alone, I know I have done so for a long time. It was only when I had people I could talk to and share my struggle that I started to feel braver, and take more risks.

I had a safe place, with people I know who would not reject me. That sanctuary is what’s important.

Our modern interconnected world has lead us to quick shallow interactions via text on a screen rather than face to face. Without that fact-to-face contact, we can feel our connections to each other are superficial, tenuous.

This is why we feel so alone, there’s no depth to our connections, it’s all so ethereal.

This brings up another aspect of friendship, Regularity.

For your own friends is the familiarity that’s important.

We need regular contact with our friends often, because friendships are about developing relationships, building a connection. It’s a place of growth as you learn more about each other. Such connections take time.

It happens in the TV series Friends. They see each other all the time. (yes it a TV show so we only get to see the times they are). But still seeing your friends often is what makes a friendship because without that contact such relationships wither and die.

Such connections, therefore, need maintenance, knowing what’s going on in each other’s lives. Offering help and support as a reminder to each other that we are there for them.

It’s also important that these interactions are unplanned in that we can see our friends by meeting in the street or sharing a drink in the same places. That is just to ‘hang out’.

So we have Proximity and Regularity as the basis of a friendship. The third item according to sociologists is there has to be a setting where people’s barriers come down.

Differences don’t matter as much

A further note too. Differences can be the glue. You don’t have to have the same worldview either.We typically think we have to find people who are like ourselves.

Yet disagreements, discussions, even arguments can be the stuff that makes a relationship work.

The French Impressionists are a real-world example. A group of artists including Monet, Renoir, Degas and Sisley. They were very different people yet they regularly spent time together at a cafe to discuss art, politics, culture and more. They bounced ideas off each other and inspired each other.

They often disagreed with each other, sometimes vehemently.

Differences then can be a way of bonding just as much as commonalities.

Because conversation and friendship are as much about discovering differences as it is commonalities.

A debate, even an argument binds people together more than silent agreement.

To be a friend, and to have them means the connection has to be maintained through effort. A casual approach to friends can’t work.

Often though words are not necessary. Sometimes just being there can help. By providing a sense of familiarity.

With happiness so dependant on our social circle, we all need to be there for each other and spend a lot more time on our friendships. Our modern society has provided for a way to keep in touch very easily. Perhaps too easy. Typing out a text message is never going to be equal to seeing them. We need to take friendships far more seriously and give them the time and effort they deserve, in the old school manner of hanging out together.

It’s something I need to work on myself because I want someone to be there for me, so I’ll be there for them.