Home » Philosophy » The weird trap and truth of Zen Buddhism 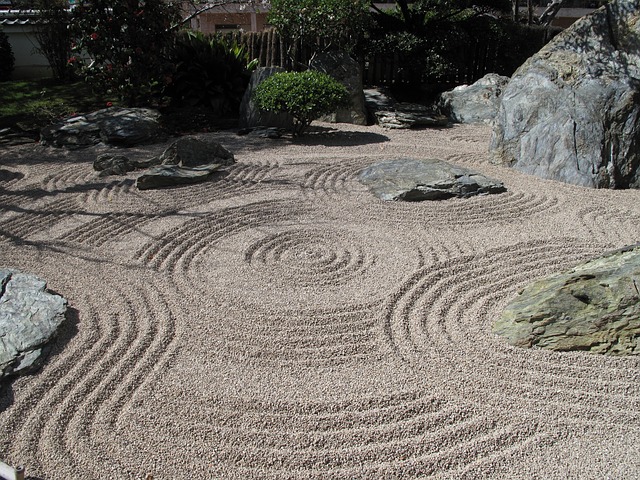 Okay, I’m a scholar right? I have a to do list of books I want to read Buddhism, because I want to learn more. But do I understand Buddhism? That’s another question and it’s why i still have book to read on any subject. There’s always more to learn right?

My reading list is never empty, but GRRRR! Do I have to read it all??!!!! I’m so tired of reading all this stuff.

There is a deep yearning, neediness to keep reading, studying because I feel I don’t know enough. I’m not sure my understanding of Buddhism is correct. So I have to keep at it, reading all the books before I can ever accept I’m an expert.

NO matter how much I try, it’s never enough! My fears and doubts remain. This is, of course, the trap of study, again. I’ve been here before, my minimalism is a way to address this kind of thing, to get some focus.

We can become obsessed with book knowledge, research, and consuming content.

Buddhism to me then is is a conundrum that’s compelling in its mystery, confusing in its paradox, and frustrating in its complexity.

If I keep reading the books on my list will I understand Buddhism better? It’s the same with art, writing or any other endeavour. Do I have to read all these books to be an expert?

It’s all seem like such a struggle, and the insight I crave seems like such a long way an away. I’m tired of trying to understand it all. I want to know if I understand enough.

I call it ‘the last word mentality‘. The desire for clarity, truth, the last word. What is the truth on Buddhism? That’s what I was asking when I wondered about these books. Books to a scholar are like candy and I seem obsessed with the answers, addicted to knowledge.

URRRGH. I’m crestfallen. The more desperate I want to know the more I suffer. I hold my breath in these times, I try to hold it all together, keep the doubt and fear from taking over, I must keep control.

Such a response, fear and anxiety causes life to stagnate, to stop flowing. Trying to hold onto something means you get stuck.

What I remember from Zen is it’s counter-intuitive. Then remember what happened in Kung Fu Panda. The scrolls were empty. If Po had known would he have embarked on his journey? Probably not. So the emptiness is the answer.

Also it was Po’s dad who had the answers, not Po himself or even Master Sifu. It means that you don’t have to be a Buddhist to understand it. If a non-Buddhist can appear to grasp Buddhism better then the professionals then why do I need to keep reading?

This is bizarrely what’s Buddhism teaches. The craving for answers is the problem. The answer is there is no answer.

It was at this moment the answer hit me. I recognised it because the same answer has hit me before. In that singular moment of realisation, my mind bifurcated. What? Err, it’s a fancy word for splitting in two.

I had thoughts, but now I had a mind that looks at those thoughts and feelings, along with the awareness of doing so.

The paradox was revealed. I could now see the desperation, the neediness I had, and the suffering it was causing. I think it’s called Satori or maybe Kensho in Zen. Both mean an insight, a A-ha, eureka moment.

The counter-intuitive insight that my desire for answers and clarity was the very thing that was slowing me down, leading me astray.

It’s hard to see an illusion from the inside, but in such a moment, you step outside of yourself and see what’s happening. The thinking side and the observer side. (Yet this bifurcation is also illusory because it’s still the same mind right. So its like a polarity, both ends of a magnet)

From that I realised again (because I’ve been here before) that it’s not about about grasping for answers, but letting go of the need for them, then they arrive.

Insight sparked when I could see this particular mini-quest (in this case, Zen) was unanswerable, illusory, a cause of suffering. Once again my desperation for an answers became the problem.

But the answer was in front of me the whole time. Letting go, accepting that zen can’t be ‘known’ in the intellectual sense.

It’s not about knowing Buddhism or art, or anything else, it’s about action, living as a Buddhist, an artist. It’s not about saying ‘I understand zen’ because if I said that I wouldn’t know the first thing about it.

Knowing Zen, Buddhism becomes realised not just as a set of academic theories, textual recitations, intellectual maxims, but act it, breath it, word and deed. To Walk the walk, not just talk the talk.

This is what made this episode uniquely bizarre. My desperate attempts to understand Zen meant I fell into the trap the Buddhists are using to teach it. LOL!

The desperate clinging/attachment for an answer and clarity, is the paradoxical answer that brings forth clarity. Buddhism or Zen especially is itself a paradox, just as it uses a paradox to teach. Like a fractal geometry, you see the same pattern at different levels.

This is the annoying, but delightful way Zen is both learned and taught. Something Alan Watts points out. The students think the master has an answer, the master knows there is not.

You lead people out by leading them into further into the maze. Zen is counter-intuitive.

It’s using an extreme to highlight the opposite. Seeing the value of silence by experiencing to much noise. Succumbing to desperation, and overthinking and stress, and striving, and burnout, and worry, noise, activity to appreciate peace, tranquility. and non striving. One extreme turns into the other. Like yin turning into yang.

In that moment of insight, I understood, I let go. I allowed myself the truth that I won’t get to read all the books, or I don’t need to. I’ll just read what I feel like when I feel like it.

It’s a problem for me because I happen to like reading. I forgot the lesson of the Buddha. It’s okay to leave the knots as they are. That was my empty scroll moment.

Let go, breathe, come back to the here and know. It’s not about getting rid of desires, but not becoming attached to them. The world is full of knots, Buddhism is just one. I became obsessed with untying it. My desire and insecurity leading me around.

My desperate desire to understand Buddhism revealed my neediness and grasping which is the lesson of Buddhism. It’s not that desire should be expunged, that’s impossible. Desire propels us forwards. But striving is not the problem, striving with expectations, assumptions, and attachments that we can’t let go of, that is.

The best thing I can say about Zen is that I don’t know it, because its not a concept that can be held onto or passed on. I can only point towards it.

‘In this knowledge there is nothing to be remembered, nothing to be formulated. You know it best when you say I don’t know it. Because that means I’m not holding onto it. I’m not trying to cling to it in the form of a concept because there absolutely no necessity to do so.’

I think those who do understand this have a sense of humour. Because they see the absurdity of the paradox, Like Albert Camus and the Myth of Sisyphus. The meaning comes from an unexpected source.

After the laughter calms down what’s left. Understanding, insight, peace, back where I am, here and now. Still desire, still knots, only this time I’m far less serious, less wrapped up in my ego, and my fears.

My desperate need to understand Buddhism/Zen was causing me to suffer. I was, in my neediness, taking this far too seriously. My ego-based grasping had fear take over.

I had to see the paradox, to understand what was going on. Once seen my problems didn’t go away, but my attitude had changed. It let go of the fear, added a big dosage of compassion.

How wonderful it is not study Buddhism so desperate to understand. In so doing I follow Buddhism.

The answer is to bring it back to the now and take it from there. To let go of neediness, and move on.

For more on Buddhism sign up to my newsletter.