Home » Lifestyle advice » The problems I found with digital productivity 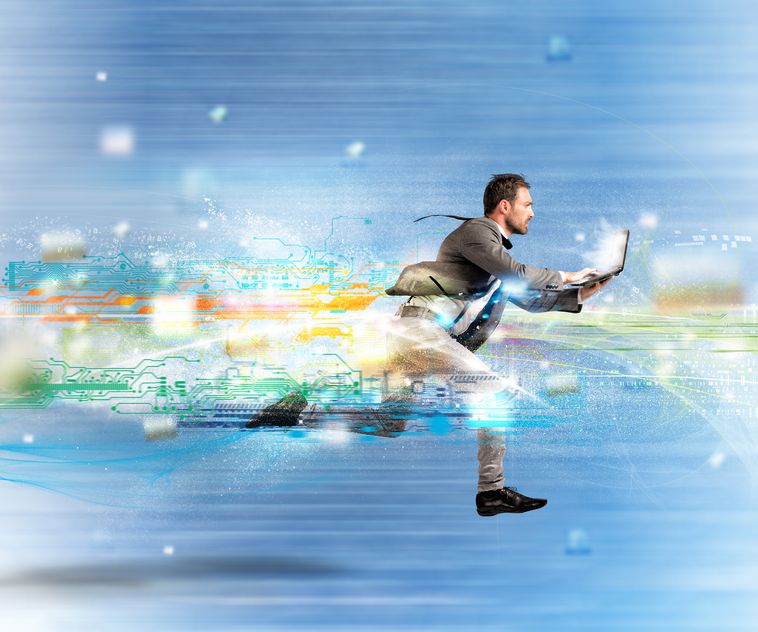 Apps are all the rage aren’t they. We all want to get more done, so we search for productivity tools and systems like our computers, tablets and phones can use.

Paper seems so obsolete in comparison.

I have tried over many years to find a system that works for me. To organise my life, stay focused and get things done. I have looked at many apps and systems, Wunderlist, GTD, Evernote, Google Keep, Trello and more.

Almost all have failed and here’s why.

To many To-do Buckets

Apps on a phone can be forgotten because they are one among many. I habitually only look at a few apps on my phone regularly. The rest are occasional, as the situation warrants it.

The familiarity of the smart phone then becomes its downfall.

Today we know that the avalanche of information at our fingertips has become the obstacle to getting work done. But I also see it another way.

The number of places where we keep the information, the tasks has also shot up.

What I call, ‘todo bucket-itis’.

Think of all the places where you have lists of tasks waiting to be done, or information to be processed.

Here’s just a handful of mine as of writing.

The number of to-do buckets we have has skyrocketed.

It’s as if we need a secretary app or a real secretary just to organise the other apps. But it’s up to us instead, which leads to tinkering. (See below)

We have a tool, the smart phone that is in a sense too complex. It’s always there, so we overload our phones with so much information and so many tools that many of them become forgotten, unused.

No wonder old school mobile phones are making a comeback. It’s an attempt to simplify life by having simple tools. A phone that is just a phone.

With information so easily at hand there the temptation to constantly tinker with things. To daily adjust and alter schedules, goals, brainstorm ideas and create reams of notes. But not get any work done.

‘Organising has become the new procrastination’

Moving information back and forth trying to find the best app to use it.

This is one of my flaws. Constantly trying to make the system better, and avoid doing the actual work (Part of this problem is due to the next item, Many Apps).

Too Many apps, to many alerts

No single app seems to be enough. Different apps do different things. So the result is that we need many of them. (See Too Many Buckets above).

Another problem with technology that seems beneficial is that fact that so many of these apps have reminders and alerts so that you don’t forget anything.

All well and good except when you try to use them.

Then what happens is that you get bombarded with reminders, along with the phone calls, emails, chat responses, so you constantly get interrupted. ‘Reminders from hell’ I call it.

You can’t organise your day by having reminders all through it. It just gets annoying being told what to do all the time.

The habit I used was to ignore them, which means the work doesn’t get done. So what’s the point of having reminders I concluded?

The complexity of our lives is now mirrored in our pockets. The phones and tablets we carry with us.

Yet in my experience this isn’t the case. Such technology has only made it worse.

We seemed too focused on the benefits and ignore it’s problems. We have been sold a lie and believed it to be true. The idea that we can use these apps and technology to organise ourselves has fed upon one of our weaknesses. Our need for control, and order.

Further still all this organization has left us bereft of relaxation and play. Mindless activity where you do something because you feel like it.

Organisation can suck the fun out of doing things if you constantly feel the pressure to be efficient.

This is the biggest headache these phones/apps give us. The constant desire to do more because we are told we can, and feel like a failure when we don’t.

These tools have given us the illusion that the messiness of our existence can be cleaned up if we just use the technology available. Organisimg ourselves into perfect efficiency, and rapid success. ‘Sterilising’ life of the chaos, the uncertainty.

So it’s a case of the tool itself becoming a problem.

Like the law of the instrument. Or ‘Maslows hammer’.

‘if all you have is a hammer, everything looks like a nail’

We think that because we have the phones, these apps that the problems we face are ‘app problems’.

But it’s the phones, the apps themselves that are stooping us from being more productive.

Our problem is again, and often seems to be, insanely idealistic ideas about how life works, how organised we can ever be.

In a recent post Cal Newport points the Difference between workflow and productivity. Productivity is all about efficiency and the end result. Workflow is about maximizing the focus for deep work, the best process. I see public transport as an example. It made us travel more efficient, but at the cost of fitness and health. Workflow should be different.

Also who wants to be organised all the time?

Which is why I’m trying out old school methods. Getting away from the endless chasing of the perfect app, the perfect system. Instead it’s the Filofax, post-its, notebooks for me. I’ll let you know how I get on.

If you feel the same way as myself then let me know in the comments. Better still follow along with me and get away form these apps and find yourself a paper based system for your reminders, task lists etc.