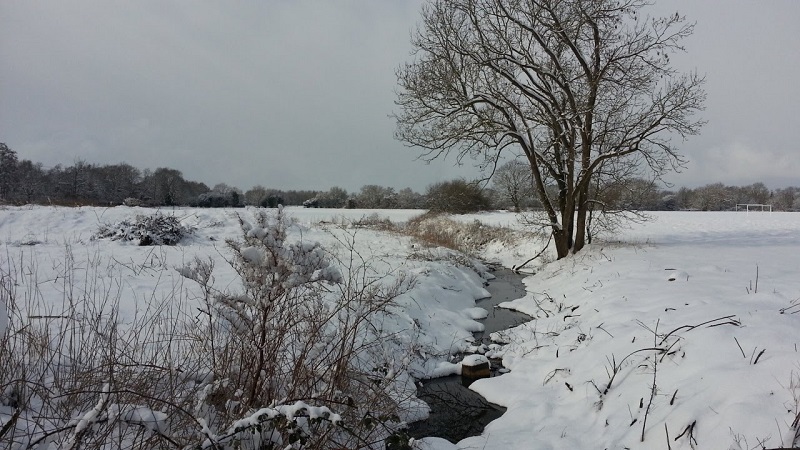 For the past few weeks have been frustrated by the monotony of my life. The same routine each week. I was desperate for something to change.

Last week it happened when the snow fell. Not just a light sprinkling but several inches. Enough to disrupt transport and getting to work so much that I had two days off work.

Rather than do what I usually do. Work and keep ticking of stuff on my to-do list. I decided that this extra time was a gift. So I would concentrate on my painting almost exclusively.

In amongst watching DVDs and Youtube I managed to complete several small works, most of which I’m happy with.

Now that it’s all done I kinda miss that unstructured, spontaneous time I had.

I wanted and probably needed it.

For the most part how we live our lives is focused on the routine. Getting things done, ticking the checklist. That’s tiring after a while because there’s no let-up, the work never ceases.

Last week was a chance to relax and enjoy the time I had of. It just goes to show how important the occasional break is.

Like a weekend away, or a holiday we need those days when we put everything aside, with no other purpose than to enjoy ourselves.

No agenda, no lists, no timetables and no goals.

We often think or we are told that such time is laziness. Yet I managed to-do more painting during those days than I would have if I was following a todo list.

It demonstrates we can get things done if we allow ourselves the time to do so. By putting other concerns aside the time left can be spent on something specific. Something that maybe we don’t get to do as much as well like.

It shows that we need to set aside time for tasks, or when opportunity strikes to take advantage of the unexpected. Erect proper boundaries around that time so that we’re not interrupted. To allow ourselves to go at our own pace. To let our minds wander and foster creativity.

It also shows that paradoxically we need interruptions. Routines need breaking, habits need to be disrupted. It’s partly a test, showing us how well we can cope, or not. But it also provides opportunities to try new routines or activities.

When something goes wrong it’s not always a negative. Better ways of working can be discovered because we had to find new paths, new methods..

Change and growth come from this marriage of destruction and creation.

I’m going to miss the snow. It was a welcome break. It gave me time to do what I wanted the most. To paint.

These upsets are necessary to get us out of those habitual ruts we get stuck in.

Next time something does go wrong, see it as an opportunity to try something new. Put aside the typical day to day concerns where possible and use the time doing something you have postponed for far too long.