Home » Culture and Society » Safety, Nesting & the Project of Humanity 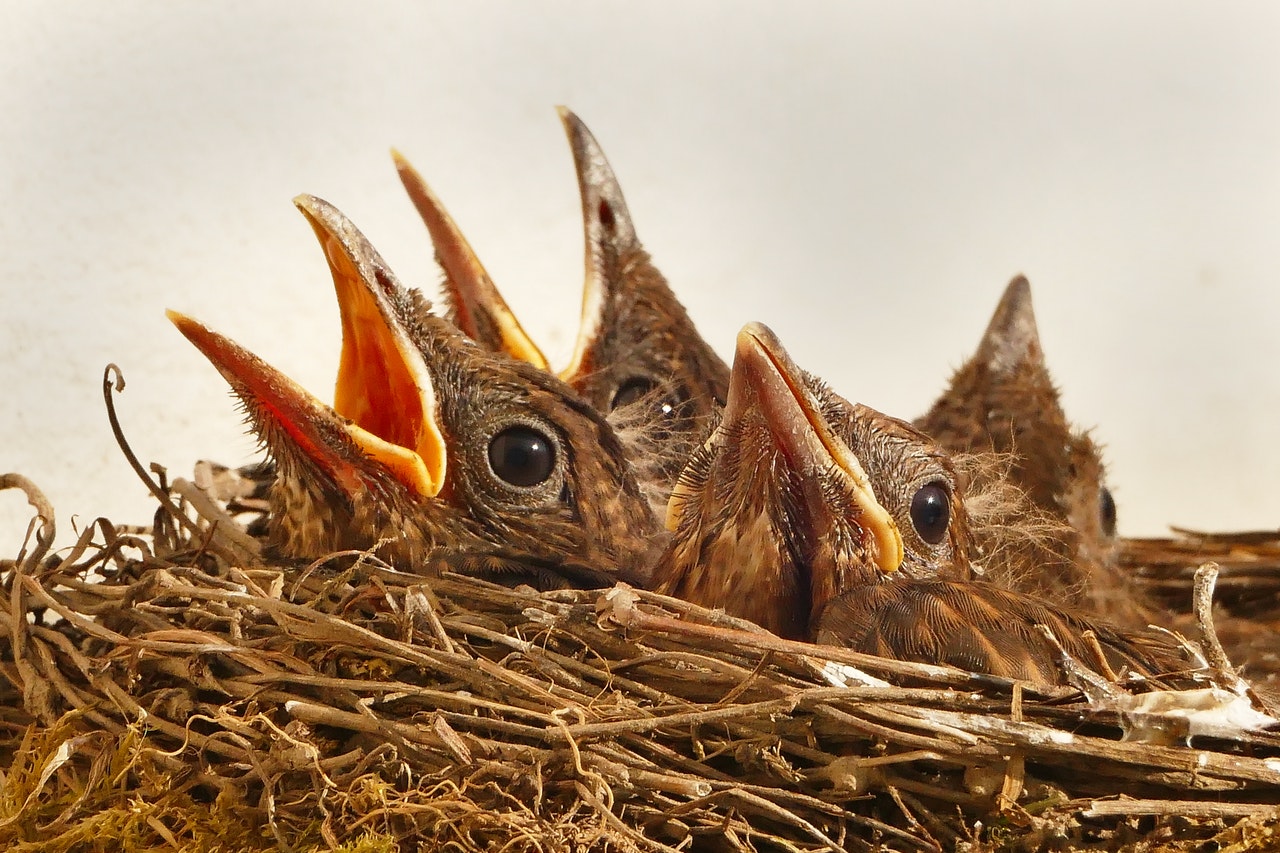 ‘The mass of men lead lives of quiet desperation’

As individuals we’re vulnerable to the world.

We can be killed in numerous ways. Ever since our species has existed we’ve had to find ways to make the world around us less dangerous, less scary.

What that means is you’re in a landscape that’s unfamiliar. You can’t count on much or any of your knowledge to help you.

You have been removed from the familiar places and habits and now you can’t locate yourself on the map, even if you had one.

The most obvious example of this is when you are travelling around in a foreign country. Without signposts, you would have no way to find out where you are. It’s why tourists are always looking around, to locate themselves on a map they carry.

When you go on holiday to an unfamiliar place. At first, it’s all foreign, overwhelming.

But once you’re there you start to write stories and create maps. You refer back to them, the restaurant where you ate, the sights you saw, here you were chased by a cow, there you were drenched by a sudden downpour.

You write meaning into existence by being there. Weaving stories into the reality before us so it becomes familiar.

Like the ancient mariners, we create knowledge to help us navigate and this also has the effect of making the world seem less threatening.

Making maps allows us to place ourselves in them, and gives us the feeling of certainty and safety that comes from knowing where you are.

This is just one example of our Nesting Instinct.

Just like birds craft their nests or some mammals create burrows, we have evolved to find ways of creating comfort and safety for ourselves.

These bodies of ideas, values, beliefs can be seen as Landscapes of belonging, our nest.

I believe that culture is personal psychology writ large. Our own fears and hopes are collected together to form the fads, fashions, and building projects we see.

Henry David Thoreau wrote the ‘the mass of men lead lives of quiet desperation.’, but I disagree, our desperation is written into the world, the plastic, pollution, conflict and more.

We often think this desire to feel safe is hidden, as Thoreau says; ‘The mass of men lead lives of quiet desperation’, but I see it all around me. But our desperation is far from hidden, some of which I have outlined above.

Our insecurities become the scars in the landscape, the plastic in our oceans and rivers., the building we erect, the groups and institutions we organise. The world is written with our desperation. Whether it’s on each other, or the land itself.  All to try and quell that feeling of desperation, fear, doubt, and perhaps most of all, loneliness.

Familiarity is what helps us feel safe. So we name things, connect things together creating a map. Religion, science, art, language, society, beliefs, and so on are man-made endeavours. A landscape or body of ideas that allow us to make sense of the world and ourselves.

Our self-identity is a bundle of these ideas that we appropriate from outside.

We describe ourselves in terms of our job, the clothes we wear, the things we own, the friends we have. Our dreams values, fears and so much more.

In this respect religion, philosophy and science have the same purpose. To allow ourselves to create our own identity and a sense of belonging.

The sciences tell us how the world works, and in so doing make us feel safe by giving us the idea we know whats going on and we are in control. (Even though it’s largely an illusion).

The humanities (philosophy, religion, anthropology, sociology etc) tells us how we work. These Ideas reassure us that we know who we are, and what to do. Or in the case of the art provide an escape from our finite and vulnerable lives, making us feel less alone.

Humanity’s existence, the work we do and what we create is driven by a need to belong, to feel safe and secure. You could call it the Grand Project of Humanity.

Here are some ways we gather our nests to find security and defeat loneliness.

In each case, the purpose of these possessions (ideas, values, beliefs, job etc) is that it helps insulate us from the vicissitudes of life. Helping us cope with the uncertainty we face. We are so desperate to avoid our own fragile, vulnerable and finite lives that we go to extreme lengths to avoid it.

We have to invent justice because life is unfair, we had to invent ideas about life after death because we don’t like the idea death is final. We had to invent art and literature that speaks of love, purpose and meaning because we live in a cosmos that doesn’t provide those things.

Perhaps necessity is the mother of all invention.

What we didn’t invent we already have. Our bodies keep us safe through our instincts and biological system like immunity.

Perhaps this is what unites us, our fears, insecurities, and hopes.

We wrap around ourselves these comfort blankets of beliefs, knowledge, and society. Because facing the storm alone is difficult even impossible without them.

However, there’s a problem in that the certainty we crave has remained elusive. Our history has been the long search for answers. From our caveman ancestors through the ancient times, the dark ages, middle ages, the enlightenment, the industrial era and the modern information era. The quest has never stopped.

Yet after all this searching for safety we are still no closer to finding it. Perhaps it’s time to accept it may never be found.

The project has failed because those institutions, society and knowledge that were meant to explain everything never succeed. If anything such projects have created uncertainty.

Much of the problems we face is to be found in the wreckage of these fallen temples. We have for the right reason torn down ideas that once kept us safe, because no we know such ideas were illusory or false. As Nietzsche pointed out with the slow decline of Christianity, it was the ‘Twilight of the Idols’, and the ‘Death of God.’

It goes to the idea of Neurath’s bootstrap or boat. It’s a simile that describes our situation.

‘ We are like sailors who on the open sea must reconstruct their ship but are never able to start afresh from the bottom. Where a beam is taken away a new one must at once be put there, and for this the rest of the ship is used as support. In this way, by using the old beams and driftwood the ship can be shaped entirely anew, but only by gradual reconstruction. ‘

It’s an image of constant change, or destruction and construction that’s a metaphor for our situation. What’s left then is a species that doesn’t know what to do with itself, we’re unsure of our place in this world because we have found no bedrock to base it on.

Yet perhaps the problem is not our knowledge, religions, ideas, but in the misguided and absurd hope that uncertainty can be eliminated. We don’t face certainty well because we have never had a history of accepting and dealing with it. We always assumed all the mystery would be eliminated one day.

Perhaps it’s time we accepted that life may always be a mystery. That there are no grand answers.

Instead seeing science, art, religion, not as answer to the mystery but as vehicles to navigate it. As a vehicle, it provides comfort, but also a means to travel, to change, to engage with the cosmos, an interface. Just like a surfer and the surfboard. Neuraths boostrap is the Allegory of such an attitude.

We erect buildings to feel safe from the elements, create organisations to take care of us when injured. We build bodies of knowledge so we can look upon the world and feel familiarity, the familiarity, is safety.

We enjoy being with our tribes and afraid or anxious when not. The grand mission of humanity had been to make itself feel safer in an uncertain world. Philosophy, religion, science, all are houses of knowledge and ideas that we can shelter within.

We like to know who we are and what’s going on. This endeavour seems to involve every facet of human existence, which is why I call it the Grand Project of Humanity.

But …. Our desperation has scared the earth.

We consume to fill the void inside. So factories, industrialisation is needed to produce those things that makes us feel better. The air has been polluted, poisoned rivers, deforestation.

It’s a recognition that the quest for for truth is the neediness for safety.

Yet perhaps the biggest lesson is accepting it never will gives us what we need.