Home » Creativity, Work and Success » The Importance of Ritual in our lives 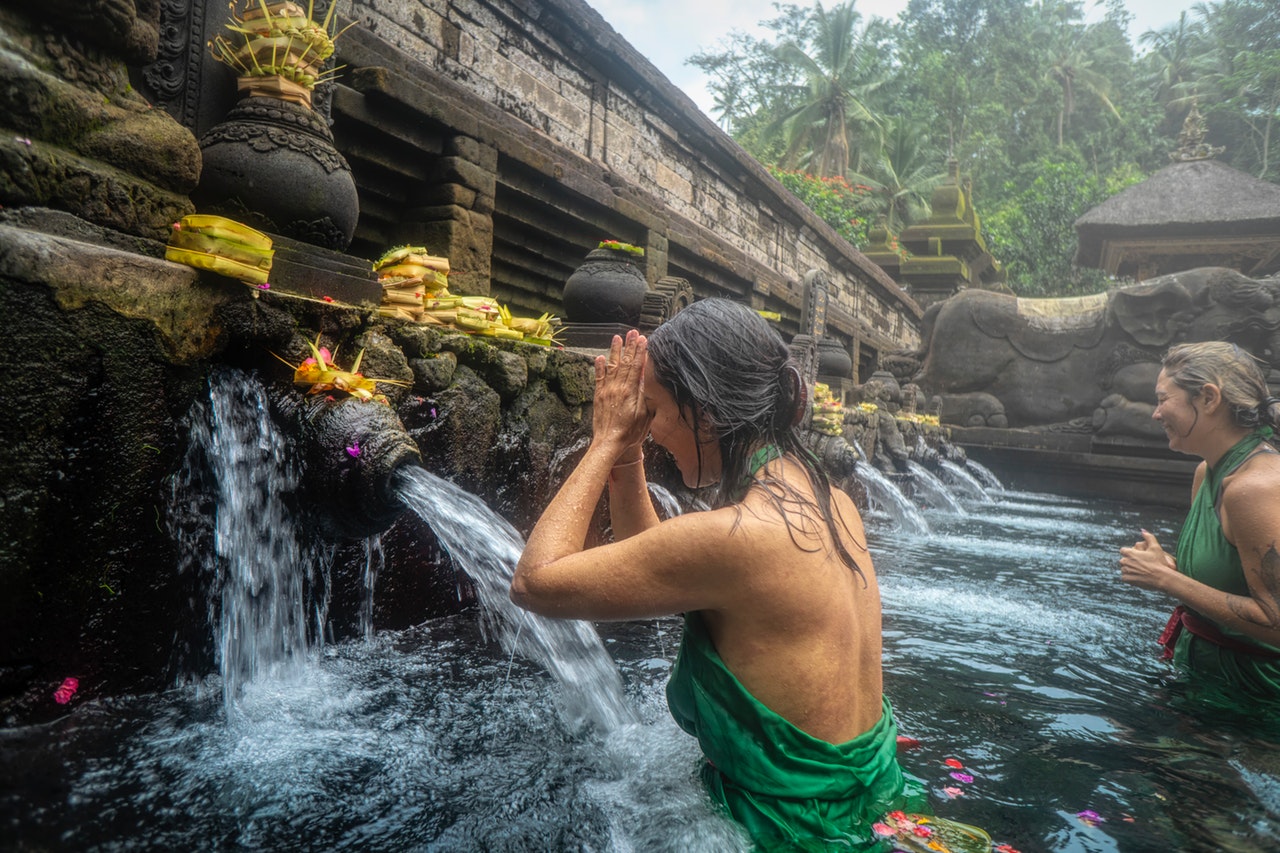 All religions have their practices and rituals. Prayers, fasting, observance of holy days, harvest time celebrations and many more.

For a long time now I’ve dismissed such things as the unimportant trappings of religion, but since studying Buddhism and Taoism I have come to question my stance.

Also, it doesn’t take much imagination to see we have rituals in our daily lives. Like brushing our teeth, waking up and getting ready for the day. It’s a series of actions that we go through in a sequence to get a known result. A ritual is just like a routine.

In theistic religions it’s about worshipping an idol the represents a god. But whats the art and ritual for in Buddhism or Taoism? They don’t worship gods.

What do such religions/spiritual symbols practices do for the believers?

I can’t answer for them, but I do see a role for them in my life.

It made me think that I perhaps need something like that in my life.

A reminder not only of how the cosmos works but also what matters to me and what actions I should be doing to get what I want. An ethical framework I have, but a ritual would help me follow it.

Rituals are the same as having a morning routine. Make your bead, brush teeth, etc

Is taking responsibility for your life and in so doing the whole cosmos. Such actions whilst seemingly trivial have far greater effects that we imagine.

I read about the idea of a morning ritual in the book Miracle Morning by Hal Elrod. Going through a routine in the morning helps create a better chance of having a good day.

I tend to neglect some aspects of my life in favour of others. Like social connections in favour of my writing and art. (I.e. work).

So I need something, a ritual, to act as a lifestyle post-it note. A reminder of my values, what I want in life, and the strategies to go about it.

Instead of just writing it down, in text, like a post-it note. We often use Mnemonics (memory devices) to aid retention of information. But you can also you icons, pictographs to do the same.

I see the value in making it an art form however. It’s visual, it’s more noticeable, more striking, and the symbolic can mean a lot more than the written word. It’s why religions have so much art. Think of Stained glass windows, The Sistine Chapel.

They don’t worship the art, but it’s aesthetically pleasing as well as a symbolic reminder of nature an it’s ways.

Or a Japanese rock garden. There to aid meditation, it nevertheless has some aesthetic lessons in how the cosmos works, like the ‘rocks of order, arising out of the chaos of the sand.’

I don’t worship anything, but a reminder each morning of the principles I do follow would help. I tend to do things as when I feel like doing them, so tasks often gets missed.

Art such as Buddhist mandalas is a representation of the cosmos. The statues of the Buddha are a reminder of what he discovered, his teachings. They don’t worship them as an idols but see it as a symbolic representation of the ideas and values they hold to be true, and the ethical lifestyle they want to lead.

In Buddhism, it’s the whole cosmos that’s intertwined. Nothing happens separately. It’s the basis of what they believe about the cosmos. Which means the rituals have an effect far beyond the practice of the ritual.

They believe it has a wider impact for the benefit of themselves and others. They are part of the cosmos, so by engaging in the ritual the cosmos itself quivers.

It’s their part in the ordering of the cosmos. By going through the Ritual the monks fulfil their responsibility for making a better world.

The ritual is a reminder of what the Buddha taught and how as a monk they should live.

Without rituals tasks would never be done on a regular basis they need to. Think of it like the practices of athletes, a limbering up. Or the repetitious practices of musicians, like the scales on a piano, drawing practice for an artist.

It helps get the right mindset for a good day or a task.

Research into ritual also shows they do work.

Recent research suggests that rituals may be more rational than they appear. Why? Because even simple rituals can be extremely effective. Rituals performed after experiencing losses – from loved ones to lotteries – do alleviate grief, and rituals performed before high-pressure tasks – like singing in public – do in fact reduce anxiety and increase people’s confidence.

Also the rituals themselves make us value things more.

Our rituals give us the order, the focus to create change in our lives, get some work done, make life a little more efficient and act a reminders of what’s important.

I heard many writers do this; they set up their space, get some coffee, sit in their favourite chair and desk in a place specifically for writing, and then set to work. Rituals create structure to a day a life. Giving us some order so we can get work done, find success.

Such rituals provide import to the task, showing it’s not something we want to forget or ignore. It primes the mind for the job ahead and gives up the confidence to face the uncertainty that’s part of a creative process.

I have dismissed such practices as a waste of time. But looking again I now see the art, the idols not as objects of prayer or belief. But as elaborate post-it notes. Reminders of my Values and how to live by them.

I’m going to try and use more rituals in my like. The most significant it is a morning routine which I will now more formalise that involves a small shrine of objects.

Let me know what rituals you use in your every day life and why?