Home » Loneliness and Anxiety » Are you a Dandelion or an Orchid? 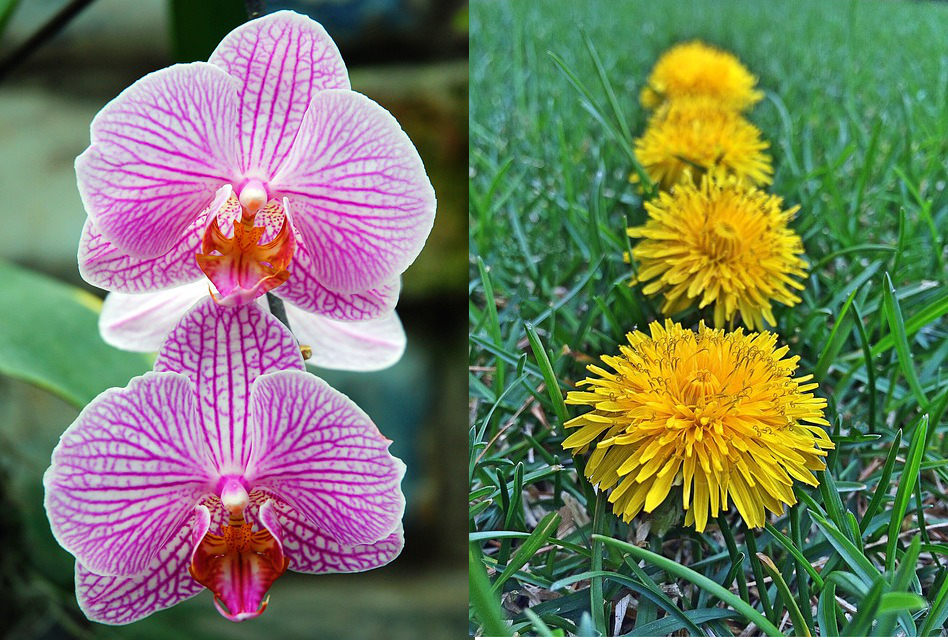 ‘The truly creative mind in any field is no more than this: A human creature born abnormally, inhumanly sensitive.’ — Pearl S. Buck

Does the world leave you feeling overwhelmed? It does to me.

There are times when I’m assaulted by noise, images, and smells. New places and faces.

It can also be feelings, a whirlwind of sensations that I can’t control.

I’m too sensitive to life it seems.

I’ve had to suffer like this all my life. Anxiety and a lack of flourishing have been the result. I often felt there was something wrong with me.

But it turns out I’m not the only one who feels this way, and we now have an idea of why.

For years, scientists have been looking for the reasons why some people thrive in adversity and others don’t. Why some of us have problems with depression and anxiety while others don’t.

When it comes to genetics, the evidence suggests that some of us were born unlucky. Certain individuals have specific forms of genes that make them more susceptible to stress and mental illness.

It was called the Diathesis-stress model. The hypothesis implies that some of us simply have ‘bad genes’. Because of the defective genes some of us have a greater likelihood of mental health problems.

However, a newer theory is starting to replace this notion and give us a better understanding as to why some of us seem to suffer the world.

The Dandelion and the Orchid

The new theory seeks to explain an individuals vulnerability by showing that it’s a combination of nurture and nature.

The theory which was first published in the journal Development and Psychopathology entitled ‘Biological Sensitivity to Context‘ which took concepts from Swedish culture to describe two types of children.

Maskrosbarn, or ‘dandelion child’. Who like their namesake can thrive in any soil reasonably well. They don’t suffer as much when things are going badly either. They are hardy but unremarkable.

The other type is the Orkidebarn or “orchid child,”. These are more sensitive to their environment. Problems in upbringing or a stressful environment can leave them with mood difficulties and lack of thriving.

The most interesting thing about the theory however is that with the right upbringing and environment, Orchids can thrive beyond of the scope of the Dandelion types.

It points out that there are both advantages and disadvantages to being sensitive. Yes, you are more influenced by the world around you, which will be upsetting. But it’s also a source of great insight. Seeing details, and feeling deeply means you can connect to others on a level non-sensitive types find difficult.

Those ‘bad’ genes, vulnerable people, when placed in the right circumstances can flourish like no one else can.

Highly Sensitive People/ Orchids are those individuals who have a biological make up that means the are more prone to extreme emotions, including anxiety. It’s based upon biology, some people have what’s called. Sensory Processing Sensitivity. Which is “an increased sensitivity of the central nervous system and a deeper cognitive processing of physical, social and emotional stimuli’ .

People with is trait have a tendency to pause and check in novel situations, engage more of their mind/brain into tasks and situations and have heighten emotions, both positive and negative.

If you are a sensitive type, or know someone who might be

For those of you who feel overwhelmed by the world. Or if you know of someone who seem to be sensitive there’s a book to help explain it and now a documentary film, Sensitive the Movie.

The film uses personal stories, acted scenes and conversations with professionals to explain the trait of High sensitivity.

This trait is something more of us need to understand. So we can educate children more effectively, find better jobs and recognise that people with this trait are not flawed. But rather have skills that can prove to be valuable.

Sensitivity is not introversion

It may seem like these two traits are the same thing. Both types of individuals avoid noisy places and people and instead pursue solitary interests.

But it was made clear that these two traits are different because there are extroverts who also have the trait of high sensitivity.

The trait can be described with an acronym- D.O.E.S

It all means that sensitive types have a hard time shielding themselves from the world. So there’s a greater need for adopting self care routines like stress reduction, writing, creative pursuits, reading as a way of keeping a balanced life.

Hopefully society will change to help accommodate such individuals better. Because up until now many sensitive people have been labelled abnormal, difficult, highly strung, problematic and more.

To see if you are sensitive a questionnaire is available.

The Soil and the Seed

A metaphor I like to use us The Soil and the Seed. It explains that everything including ourselves exists in a context, an environment.

Just as the metaphor implies, it’s not nurture or nature that influences our chances of success or failure, but both.

It makes sense when you look at gardening as a comparison. To make a plant grow and thrive it needs an environment conducive to it’s growth. The right soil, sunlight levels, moisture, etc.

It’s the soil and the seed match-up, the relationship, that makes a plant grow or wither.

Because of this, we should perhaps rewrite our understanding of some types mental illness. Before these were seen as innate, unchangeable flaws.

This new theory suggests a better more nuanced understanding. That depression, anxiety, shyness are all perhaps the wrong labels to use.

Instead, perhaps you’re just the sensitive, delicate type that has grown up in poor soil. When speaking about ‘soil’ it can mean the extent of your social circle, culture and upbringing. But also sensory inputs like sounds, smells, noise.

But I see that ‘Soil’ can mean much more.

All these and more can help or hinder our growth, affect our well-being and influence our moods.

The aim here is threefold fold

We need to stop thinking of things in terms of nature or nurture. It’s both!

Second, we should stop labelling ourselves or other people in moralistic terms. Such as ‘weirdo’, ‘psycho’, ‘retarded’. Because it’s not just our genetic code that makes us what we are it’s also our circumstances. Which we have only a limited control over.

We don’t have a choice about where we grow up, who our parents are, our genome, the people we work with. So much is beyond our influence.

The same for our genetic code. These genes, these ‘sensitivity to environment genes’ don’t make you good or bad. Nature doesn’t make such moralistic judgements. I like to think of them as potential. To thrive or flounder will depend on your circumstances and the choices you make.

Thirdly, and practically. For sensitive types we need to take more care with our surroundings. Be wary around highly stimulating environments like parties, open plan offices, extroverts, negative soul-sucking individuals.

We need to take better care of ourselves and create an environment better suited to our own growth. To create a nourishing environment. Putting ourselves first a little more and focusing on getting our needs met. Such as writing, art, reading, a small circle of friends, contemplative practices.

‘Become the Orchid that’s written in your genome’

It’s perhaps no surprise that sensitive types are often drawn towards creative pursuits like writing and art. Or empathic professions like counselling and psychotherapy. Here they get to make a difference without being overwhelmed by it.

The lesson is we need think differently about those with mental health problems. No longer thinking about them as cursed, or difficult. But people who have vulnerabilities, who have useful skill to offer.

It’s tragic that people who take their own lives may be because they couldn’t cope with the emotions they felt. Because there were highly sensitive and ignorant about it lead them to suffer with shame, and one day they could take it anymore.

If you are an orchid type, a sensitive soul I’d like to hear from you.

Feel free to comment below and tell me how your sensitivity has affected you.

How Healthy Is Your Metaphor?