Home » Philosophy » Does it feel like the weight of the world on your shoulders? 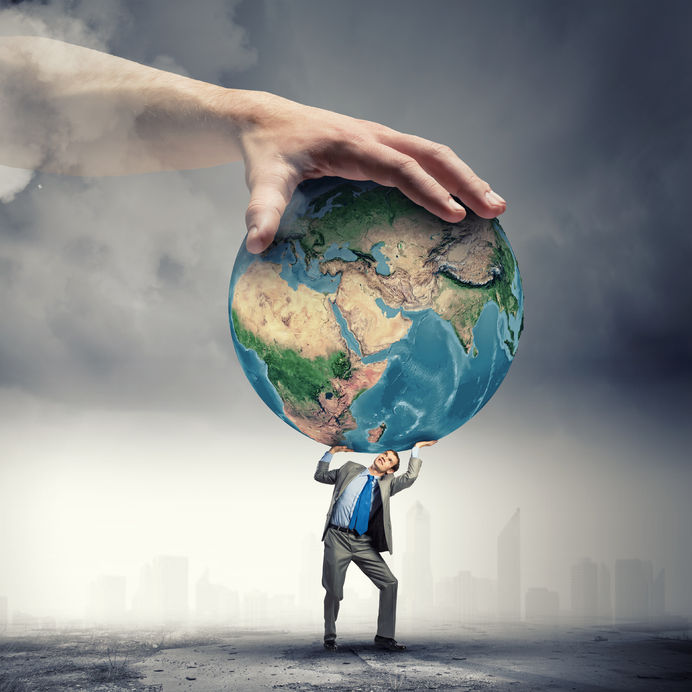 Not too long ago I wrote a rant to myself.

As a way of letting out my rage, my frustration at the world. But really it’s about government, corruption of power, business, and society.
Here’s an extract.

What a mess we have let this world become. Where money is seen as the measure of value for anything.

The experts think they are in charge because they believe the economy is like a car that can be fined tuned to run perfectly, getting rid of ‘boom and bust’. Yet the economic downturn showed them up as charlatans. Giving lie to the idea that markets are rational and manageable.

Income, fat, race, sex, sexuality have been, and are still being used to discriminate against people. The persecution can involve hate crimes, speech, and laws to make individual feel unwelcome. Prejudice, bigotry still run rampant in many places of the world even in developed countries. It makes me sick to see people treat others so badly simply because of skin colour, sexual preference, and the rest.

You know what the worst thing is? I feel we let it happen.

Because we believed what our so called leaders told us. We took on board what society told us, the values we should be pursing, the beliefs we should hold. Like wealth, possessions, only to find now it was a lie.

You get the idea, but I had to get it out of my system.

But here’s the problem, writing may help in the short term, but nothing will change in the long term. When I read the news or in particular articles by guardian journalist George Monbiot, I always get angry, which is what prompted my rant.

Here are just some of the articles he has written.

A Hole in the System George Monbiot

Another are the email newsletters I receive occasionally from the activism group Avaaz. In a recent email it outlines another problem.

Our movement is under threat.

Governments worldwide are passing gag laws, prohibiting protest and closing down organisations in the biggest crackdown on civil society in a generation.

It leaves me steaming and I don’t know how to handle it.

I feel the desire, the need to do something but I don’t know what. Whatever I could do doesn’t seem enough. This bottled anger had long been a problem of mine.

Injustice is a part of it because I have been on the receiving end of bullies. I know what it feels like to be persecuted for being different.

Worse still I can’t do much about it. I’m not a scientist, I can’t present evidence to support a change in policy. I’m not a lawyer, I can’t defend people’s rights when they are violated. Nor am I a political campaigner, speaking to people scares me because of my social anxiety.

Worse still I seem to care about so many things that all these problem overwhelm me. I wouldn’t know where to start. I’m scuppered because I seem to care too much about to many things and don’t know how I can make a real difference (See list at the bottom).

All I seem to be able to do is offer money to charities and groups who do the real fighting. Important yes, but it doesn’t feel enough to me.

The trouble is, to make all this happen requires a cultural change. A paradigm shift the likes of which was last seen during the enlightenment period. We need a New Renaissance.

I can’t do all this, no one can, yet I know it needs to happen.

Which is why I’m frustrated.

I’m placing to much if a burden on my shoulders, but it’s how I feel. I have a vision of a better world and I see the people who are threatening that. I don’t feel I’m alone in this. There is this undercurrent of frustration, resentment at authority, at something. We feel we have been turned into cogs in a machine.

The question is, what to do about it, because all this passion is worth using.

Writing about these things is not enough, I need to do something more. I just don’t know what  to do first or how.

Worse still I may not be writing about the things that matter to me the most.

Do you feel the same way I do?

If so what about, specifically?

Do you feel helpless, powerless, and frustrated?

Here’s your chance to vent, let it out. Comment below.

What do I stand for and what do I want?